Every year, we choose a special charity to sponsor and this year its War Child. We have spoken about them a few times in recent posts because they’re doing such great things and HELP: The Game, it the latest in a long line of inspiring innovative ways to help and support children whose lives have been torn apart by war.

So it’s time to stop roaming the streets and set all those poor Pokemon free, and start reaching out to real children around the world who need your help.

HELP: The Game is a game jam which brings together the top developers, studios and gaming industry superstars – all to raise money for children in war.

The core concept behind this project was to challenge the best developers in the business. Each participating development studio or team dedicates six days to a game jam. They have that time to create a game from scratch.

The result is an incredible games bundle; a must have for any serious gamer. 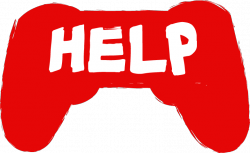 Through this initiative, a huge audience of socially conscious studios and gamers have raised over £1.5 million for children affected by conflict around the world.

With the global gaming industry valued at nearly $100 billion in 2016*, combining Gaming and technology has the potential to become a vital way forward for life changing fundraising such as this – including helping War Child to reach even more children who need their help.

Check out War Child’s website for more information and for the developers among you, how to get involved!